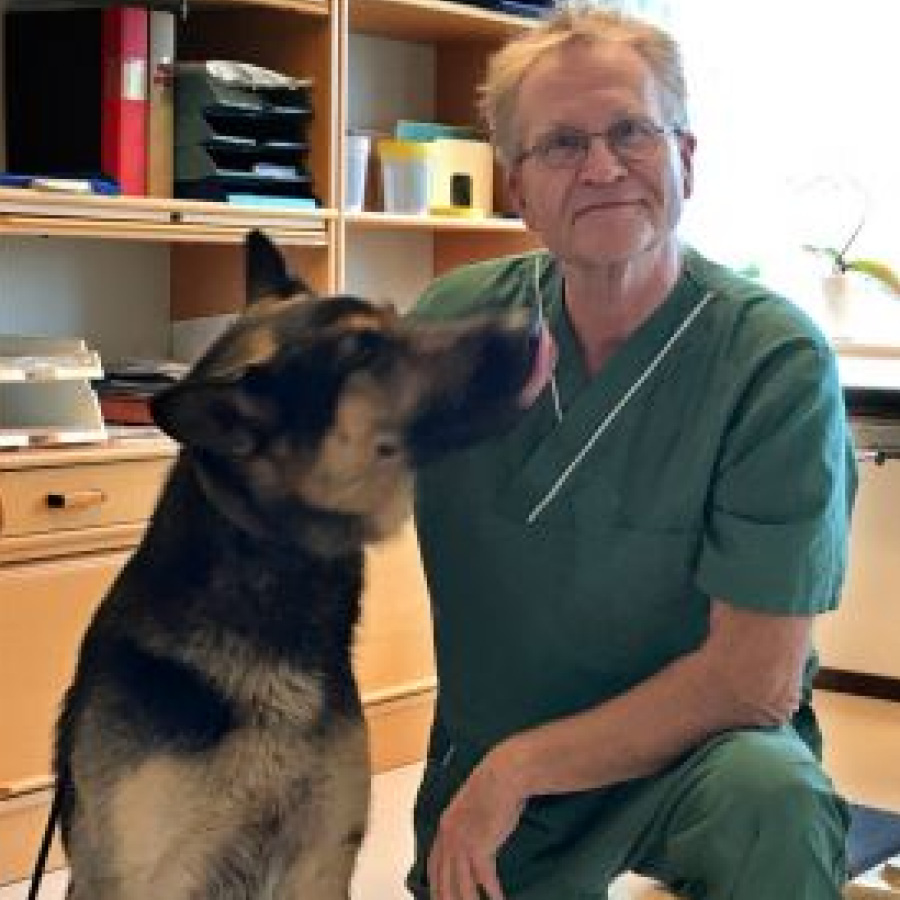 Krister Julinder has been Clinic Manager at Valla Animal Clinic in Linköping for more than ten years, a clinic he also started in 1986.

In the summer of 2004, a decision was made to open a new and more orthopedic-oriented clinic. The opportunity came at the end of the summer of 2004 when a request came from another veterinarian to take over an existing clinic in Söderköping.

The clinic was renamed Söderköping’s Animal Clinic / Arthro-Clinic to emphasize the focus. Since then, everything has rolled on at a rapid pace of development.

Krister Julinder has specialized in arthroscopy and other difficult joint surgery since the beginning of the 1990s when he underwent training in arthroscopy with Nordic doctors at the Orthopedic Clinic University Hospital in Linköping in 1992 and 1995.

Nowadays, he follows the most advanced courses in arthroscopy organized by ISAKOS, which are mainly intended for human specialists. However, the similarities are so great that there is no problem whatsoever transferring it to animals. Some advanced courses for veterinarians are not yet available.