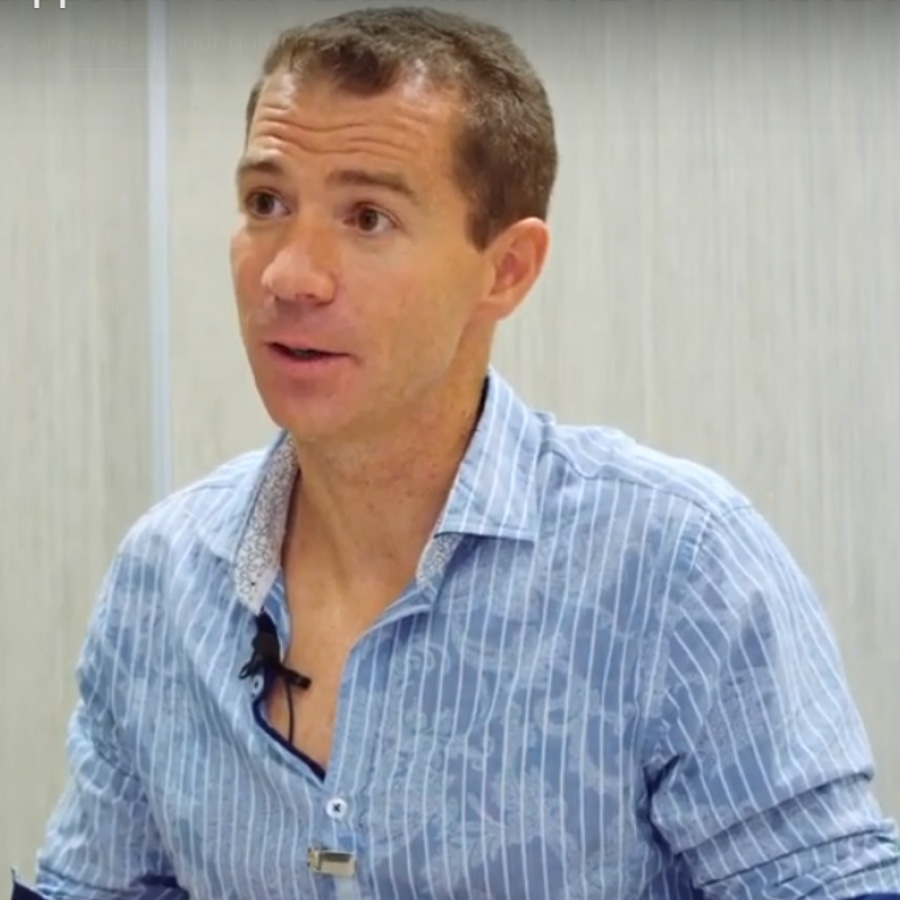 Philippe has been a doctor of veterinary medicine since 2007. He graduated from the University of Liège. He continued the following year in internship with his thesis subject: “Atlas of the normal abdomen of dogs in MRI 3 tesla”.

Then at the end of 2008, he moved to England for a year to carry out an assistantship at Fitzpatrick Referrals, where he had the opportunity to see advanced surgeries (ITAP, hip prosthesis, elbow prosthesis, and others) and to participate in the development of researches on various pathologies.

He began his residency at the European College of Veterinary Surgeon at Vetagro Sup in Lyon in 2009. His research articles mainly concerned the definition of CT hernias with scanner and the development of nephroscopy. In 2012, ligamentoplasty trials started at Vetagro Sup, which helped define the needs in order to develop this new technique and implants.

During his internships, he especially had the opportunity to see the installation of the first SUB alongside Drs Chick WEISSE and Allyson BERENT. He also completed an internship in minimally invasive surgery, hip prosthesis and elbow prosthesis alongside Loïc Déjardin.

Since 2013, he has developed a surgery consultant activity in the alpine arc around Annecy, to which an imaging activity was added with the arrival of Dr Rachel BUTTIN in 2018. Together, they were among the first clinicians to use stem cells and define their indications. He became a lecturer and consulting surgeon with Vetbiobank.

He trained with Dr. Chancrin for cemented hip prosthesis, which he uses regularly.

He also underwent training for the installation of the unicompartmental elbow prosthesis (CUE) which allows him to successfully propose an alternative in certain cases of advanced elbow dysplasia.

He has developed many new techniques with the support of Novetech Surgery (for whom he became a referring surgeon), on pathologies of the Achilles tendon, triceps and quadriceps, for dislocations of the hips and many others. Many articles are being published, written or awaiting further results.

He now is a Novetech Surgery trainer for these techniques at ECVS congresses and recently at Vetagrosup continuous training with Professor Eric Viguier, with whom he is in close collaboration concerning research around ligamentoplasty and the biomechanics associated with it.

He is one of the first founder members and co-founder of IGOS. The goal is to offer rapid progress in the field of ligamentoplasty, both for research and for clinical use, thanks to a think tank of surgeons and engineers, supported by Novetech Surgery. At a time when orthopedics is too often relegated to osteosynthesis, this new impulse resonates in many surgeons and revives interest in a discipline that was yearning for solutions.